Trending
You are at:Home»Anything Goes»Brett Favre….Will He or Won’t He???
By Bridget Ayers on July 11, 2008 · Anything Goes

The real glory is being knocked to your knees and then coming back. That’s real glory. That’s the essence of it.

The price of success is hard work, dedication to the job at hand, and the determination that whether we win or lose, we have applied the best of ourselves to the task at hand. 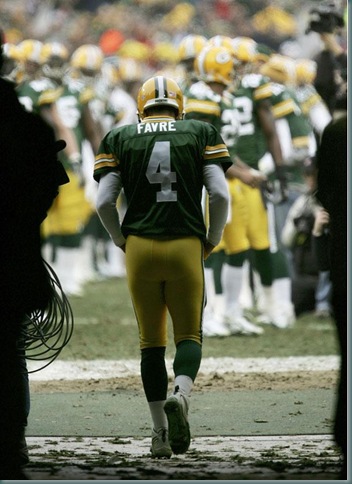 I haven’t brought sports, politics, or religion into this blog-until now. All three topics touch a deep cord in people, and can get pretty heated, but I am going to throw caution to the wind and bring sports in. It’s been on my mind and of course it’s all over sports news right now. These are just a few links, if you go to Pro Sports Daily you will see that for the last week this has been a hot, super hot topic!!

Nightmare in Green Bay: The Saga of Brett Favre is far from over

So will he or won’t he? If Favre comes back what will that mean? They absolutely will not let him be a free agent, so keep him or trade him?

Packers honestly will not, could not, and probably should not keep him, so you trade him. Oh the absolute and utter horror…..it is making me sick to my stomach to think of Brett Favre anywhere but with the Packers! (no I wont-absolutely not) How do you reconcile it? I am a Packer fan and have been for nearly two decades now, but you have to be honest, it’s the team, history, community we love but also (BIG also here)the players that make up that team.

Would the love for Green Bay be there without Curly Lambeau, Vince Lombardi, Bart Starr, Reggie White, Brett Favre and many many more, including Favre the Packers will have 22 Hall of Famers? Not to mention those players that aren’t Hall of Famers, but Pro Bowlers, mvp’s, and just damn incredible that have in their own right contributed to our deep devotion to this team.

So I understand that if Favre comes back he will not be wearing the “Green and Gold” so what team will I be watching on the sly? Will it be the Bears, the Bucs or the Vikings (not likely, GB could never let that happen) or the Panthers, the Ravens, or the Dolphins? There is even speculation about the Raiders my worst nightmare that would be a knife in my chest, when Jerry Rice went there I was saddened but to have Favre there would be unbearable. I tagged January 20th and March 4th, 2008 as dark days, but the day Favre plays for the Raiders would be the start of Armageddon!! I am not even going to give this another thought, it’s highly improbable and in my world impossible.

Well I have said my piece and from here it is all speculation anyway. I know that to worry is a waste of energy but to know and to do are two very different things. 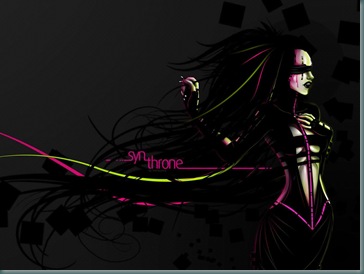