Trending
You are at:Home»Social Media»Do You DIGG it?
By Bridget Ayers on July 9, 2008 · Social Media 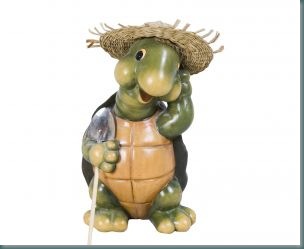 So it looks like DIGG is changin it up a bit!?! Hallelujah! I am a DIGGer but I have not really DUGG as much as I should. The idea behind this site is great:

“Digg is a place for people to discover and share content from anywhere on the web. From the biggest online destinations to the most obscure blog, Digg surfaces the best stuff as voted on by our users. You won’t find editors at Digg — we’re here to provide a place where people can collectively determine the value of content and we’re changing the way people consume information online.”

I find that the reality doesn’t meet up with the concept, what I mean by that is that the site is a bit congested and convoluted. When I joined DIGG I thought it would cut down on my web scroungin. I search the net for interesting information, and enjoy it-can we say nerd! This site touts the discover and share component, ergo no need to spend hours searching the web right? Aaah no!

There so much stuff on this site that doesn’t interest me it is hard to find the stuff that does. Also if I find something out there I like unless the site has a DIGG button I wont DIGG it, and though I have DIGG Bro’s that shoot me shouts that doesn’t lead me to those interesting tidbits I am looking for. DIGG, DUGG, shoot, shout if you need the primer for the DIGG Lingo let me know?

So what are they changing over there in the DIGG world? On June 30th the DIGG Blog announced the roll out of the Recommendation Engine

“Now that there are more than 16,000 stories submitted to the Upcoming section every day, it’s difficult to sort through everything to find the best content.” The Recommendation Engine uses your past digging activity to identify what we call Diggers Like You to suggest stories you might like.

But what exactly does it do and how does it work, will I meet more people-this is a social site right, and will I finally be able find the good stuff?

Every time a user digs a story, the system compares that action with the actions of everyone else in the system, and it finds which users have the most digs in common. To keep recommendations from being all over the map, the system calculates connections for each topic separately, so that two users who share an interest in video games won’t necessarily be thought to have, say, like opinions on political stories. To keep recommendations diverse, the system shows only a certain number of stories from each compatible user and, each time the user requests recommendations, fills out its quota of suggestions employing stories selected by less compatible users. The recommendation engine also limits the effect that a single dig can have, so that someone who digs a very popular story won’t suddenly become connected to thousands of other users. Because the system calculates correlations in real time, using separate servers devoted to performing the computations, Kast says that a new dig will affect the recommendation system within one or two minutes.

That was a mouthful, well in essence they are trying to cut down the clutter and get people connected….good concept. I will wait to see the reality of it though, in the meantime I guess I will get back on the DIGG train and see how this new feature plays out. How about you?