Trending
You are at:Home»Anything Goes»Favre seeks unconditional release – So The Battle Begins
By Bridget Ayers on July 12, 2008 · Anything Goes 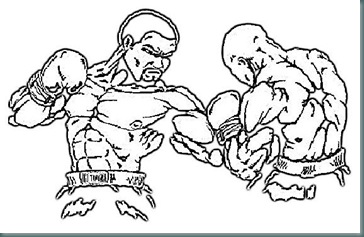 And so it begins….Favre has asked for an unconditional release in writing, the Packers have the choice of reinstatement or release.

HATTIESBURG, Miss. — Three days after a conference call with Packers team officials in which quarterback Brett Favre emphatically expressed his desire to play in 2008, Favre on Friday formally asked by letter for his unconditional contractual release, sources close to Favre and the team said.

Sounds like the Packers are going to take a hard stance….come back and play backup to Rodgers we are not releasing you so you can be picked up by a team in our division!

FOXSports.com has learned that the organization has no intention of granting that request. If anything, sources say, the team would be prepared to welcome Favre back as a backup to quarterback Aaron Rodgers.

“As always,” the team’s statement said, “the Packers will do what’s right and in the best interest of the team. As with all Packers greats, Brett’s legacy will always be celebrated by our fans and the organization, regardless of any change in his personal intentions.”

Personally this is hard for me, like I said yesterday I love the packers and I love Brett. From what I have found fans are going back and forth with this but the majority support Brett’s decision. As emotional as we can get with football it is a business, and as a businessman can you really blame Brett for wanting to play even if it is not as a Packer?

Every year he says he’s retiring and this time every year he wants to come back.His act is tired. Go FISHING,HUNTING,to LAS VEGAS do something else with your life.Its not fair to Rogers or the Packers to go through this every year. GET A LIFE!!!

Bottom Line…Brett has proven to be a great QB and has earned the right to play if he wants. Look at the stats he put up last year, can anyone honestly say he doesn’t have the ability any longer? At his age he is still one of the very best to step onto the field and every team he plays against knows they are in for a fight..you can’t say that about over half of the teams out there today. He took the Packers to the NFC Championship game and ran into a juggernaut that also knocked off an undefeated team to that point. Brett…you have earned the right to play if that’s what you want and many welcome you back and would love to see #4 back out there again.

Let’s look at Favre’s resume: A resume any CEO would be proud to boast about!

Last year, Favre posted a career-best 66.5 completion percentage while throwing for 4,155 yards, 28 touchdowns and 15 interceptions. He won his seventh division title and played in his fourth NFC championship game as Packers quarterback.

Joe Montana In 1990 led the 49ers to the best record (14-2) in the NFL. Injured 91 & 92 was replaced by Steve Young and then traded to the Chiefs (I can only imagine how hard this was for the 49er fans). He was injured for part of the 1993 season, but still led the Chiefs in two come-from-behind wins in the 93 playoffs and reached the AFC Championship Game. Including their two playoff victories that year, the Chiefs won 13 games, tying the franchise record for wins in a season. Montana was also selected to his final Pro Bowl at the end of the 93 season. In 1994 Montana led the Chiefs to another playoff appearance and then retired.

So as hard as this may be do we really want to keep this incredible athlete from fulfilling his dreams? Coming off of an unbelievable last season, still breaking records and setting the bar just that much higher for the younger QB’s, is it really that far fetched to believe that he could come back? The reason sports are so addictive is that the impossible becomes possible on any given Sunday, or Monday, or the odd Thursday….. 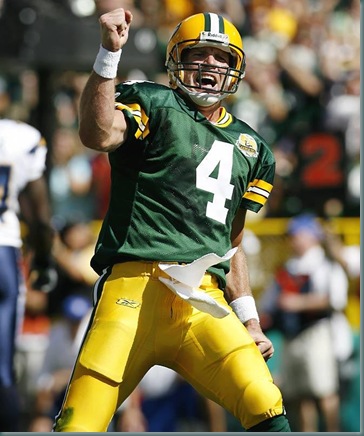 This aint going to be easy but whatever Brett Favre does and wherever he goes I support his decision to Go For It!