Trending
You are at:Home»Technology»Fusing Gotta-Have-It Technology with Social Responsibility
By Bridget Ayers on July 26, 2008 · Technology 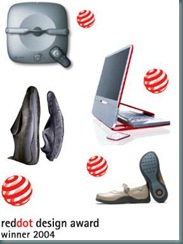 In my previous post Sexy Bluetooth I wrote about the Jawbone 2 Bluetooth headset and how necessity, function, and fashion can all merge together in one device. The Aliph company is the owner of the JAWBONE but the designer is Yves Behar and his company Fuseproject.

Yves Behar is unique in that he believes that it is his mission to bring technology into the human experience. Behar uses design to transform every day items by considering the human need, finding new functionality, while also merging utility and beauty.

Yves Behar felt that the JAWBONE should be more than just a headset and designed it in such a way that it becomes a useful attribute rather than an annoying distraction.

Humanistic technology rests on your skin, knows when you are talking, take out all the techie and nerdy pieces and make it beautiful. If it isn’t beautiful it doesn’t belong on your face.

Behar’s designs go far beyond a Bluetooth headset, to watches, computers, home interior and technology, footware, as well as architectural pursuits. Yves Behar proves that the merging of art with science not only enhances an object, but can improve the performance and function of that object.

The tag line for Fuseproject is Design Brings Stories To Life, watch this Ted.com video to see the story behind Behar’s designs.

Over the past decade, Yves Behar and his firm fuseproject have become the design group that companies turn to for a game-changing idea. Take the re-invention of the Bluetooth headset, for one; or the re-envigoration of the venerable but dowdy Birkenstock line; or Behar’s LED-chic Leaf lamp for Herman Miller.

And yes, Behar and fuseproject are the people who put the green bunny ears on the XO laptop — and are redesigning the next-gen XOXO laptop due in 2010. This quirky but deeply felt project encapsulates much of his recent work, fusing gotta-have-it design with a mission of social responsibility.

“[Behar] has the ability to strip something down to its basic functional logic and then apply a set of emotional and aesthetic considerations to create something unique. It’s an art.”