Trending
You are at:Home»Business»Women in Business vs. Men
By Bridget Ayers on July 19, 2008 · Business 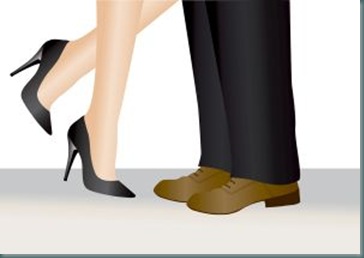 Men control the business world, men hold higher and more influential positions than women, and men get paid more. So why do women even bother? I am a woman and I am in business, and I do not worry or even think about what positions men hold, or how much they make. In business my greatest concerns are how to do business well, be ridiculously successful, while also living life on my terms. Don’t get me wrong I am competitive but the competition starts with me and moves to those companies that are in my market place.

In sports if you are a basketball player do you tryout for the football team? You are both athletes but football and basketball are very different and you do not have to be good at one to be good at the other. So why would a women try to be a man, what does one have to do with other? The competition is not between men and women it is between your company and the competing company.

The Author of “What Men Don’t Tell Women About Business,” Chris Flett, believes that women are missing the boat by not studying successful businessmen, learning from them, and conforming to them. Mr. Flett recently appeared on Donny Deutsch‘s The Big Idea to plug his new book and to take on some pretty opinionated women. I watched the episode and I must say that Flett didn’t do too well, in fact there were times when he looked downright scared. So much for the “Alpha Male” dominating the “Submissive Females”!

The biggest problem Flett has is that he is naive which makes him seem condescending. I am giving him the benefit of the doubt here, really he could be just clueless or worst case a pompous ass, but let’s just go with well meaning in a bungling sort of way. Flett portrays women as being weak in every manner possible, yet the demographic he is targeting are those women who had the strength to get where they are and now just need help getting to the next level. News flash Chris you wrote this book for women to learn from and yet you do not know women at all do you?

Chris contributed to The Big Idea Blog after the show and there a few points that I find interesting so let’s look at them and discuss…shall we?

When a woman says, “It’s us against them, I don’t need to know what men think”, you know that at some point in her past, she has been excluded from the conversation and is not happy about it.

How like a man to think that? I personally do not treat business like a war, where there is war there is turmoil and plenty of casualties, I am not looking for either in my business. I also do not need to know what men think. I need to know what successful entrepreneurs think, and then I need to incorporate that into who I am and how I do things.

One guest said that she couldn’t “get into the board room so she left to form her own company”. Having knowledge like we talked about today IS only available in the board room, but some are so furious about past experiences that they disregard it and refuse to even listen to what is being offered.

Chris, Chris, Chris – you make this sound like a bad thing! A woman who chooses to create her own successful company as opposed to trying to do it on someone else’s terms is inspirational not weak. If I am not wanted in that boardroom then you are damn right I am going to create my own. Work on your weaknesses but play to your strengths, that is how you win the game. Chris did you have this same opinion of Steve Jobs, when he wasn’t being listened to in the Apple boardroom and went his own way in 1986? I don’t think so.

There is one area I agree with Mr. Chris Flett and that is knowledge is power, you should keep yourself educated, informed, and never be afraid to learn from others be they men or women. I am not that interested in reading this book and is not that he doesn’t make some good points, rather that there are other books out there that would provide more value for me.

Choosing people to learn from and business acumen to incorporate into your company should be done based on your industry, business style, and ultimately your goals. I will say Flett seems to spread his naivety beyond the female gender and into the corporate domain by insuating that all boardrooms are equal. Fortunately all men and women are not created the same. Warren Buffet and Donald Trump are two very successful men but I would wager that they are very different in the boardroom. Martha Stewart, Susie Orman, and Oprah all very successful women and how much alike do you think they are behind closed doors?

I know I could learn from all five of these individuals but what I would choose to take from each would be dependant on who I am and what I want. Business is not about conformity it is about inspiration, innovation and just getting out there and doing it. Mentors are important but they are meant to be learned from and improved upon, not cloned. So by all means go out there and learn from others, there is no reason to recreate the wheel, but don’t forget who you are in the process.